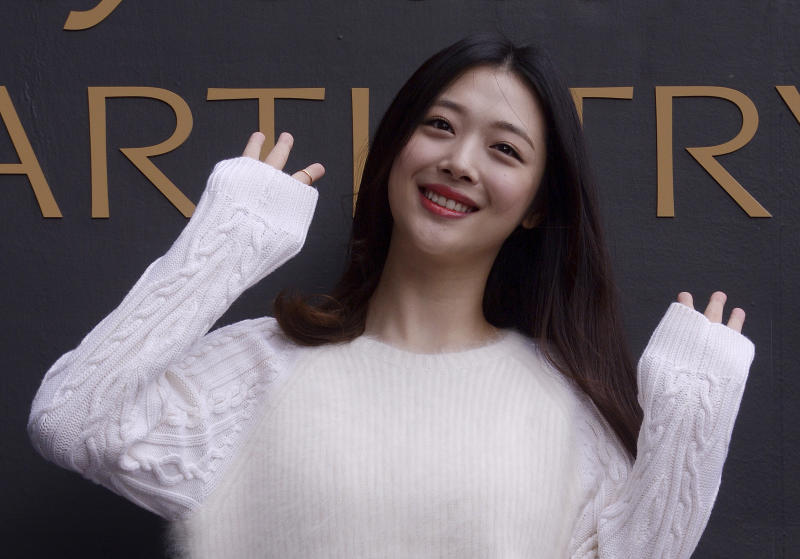 Police said the 25-year-old was found after her manager went to her home in Seongnam because she had not answered phone calls for several hours. A police statement said there were no signs of foul play, and she had been suffering from "severe depression".

Repeated calls to Sulli's agency were not immediately answered.

Sulli's legal name was Choi Jin-ri. She began her singing career in 2009 as a member of the girl band “f(x)” and also acted in numerous television dramas and movies.

She was an outspoken advocate for women's rights, and had suffered cyberbullying as a result.

The exact cause of her death was under investigation.