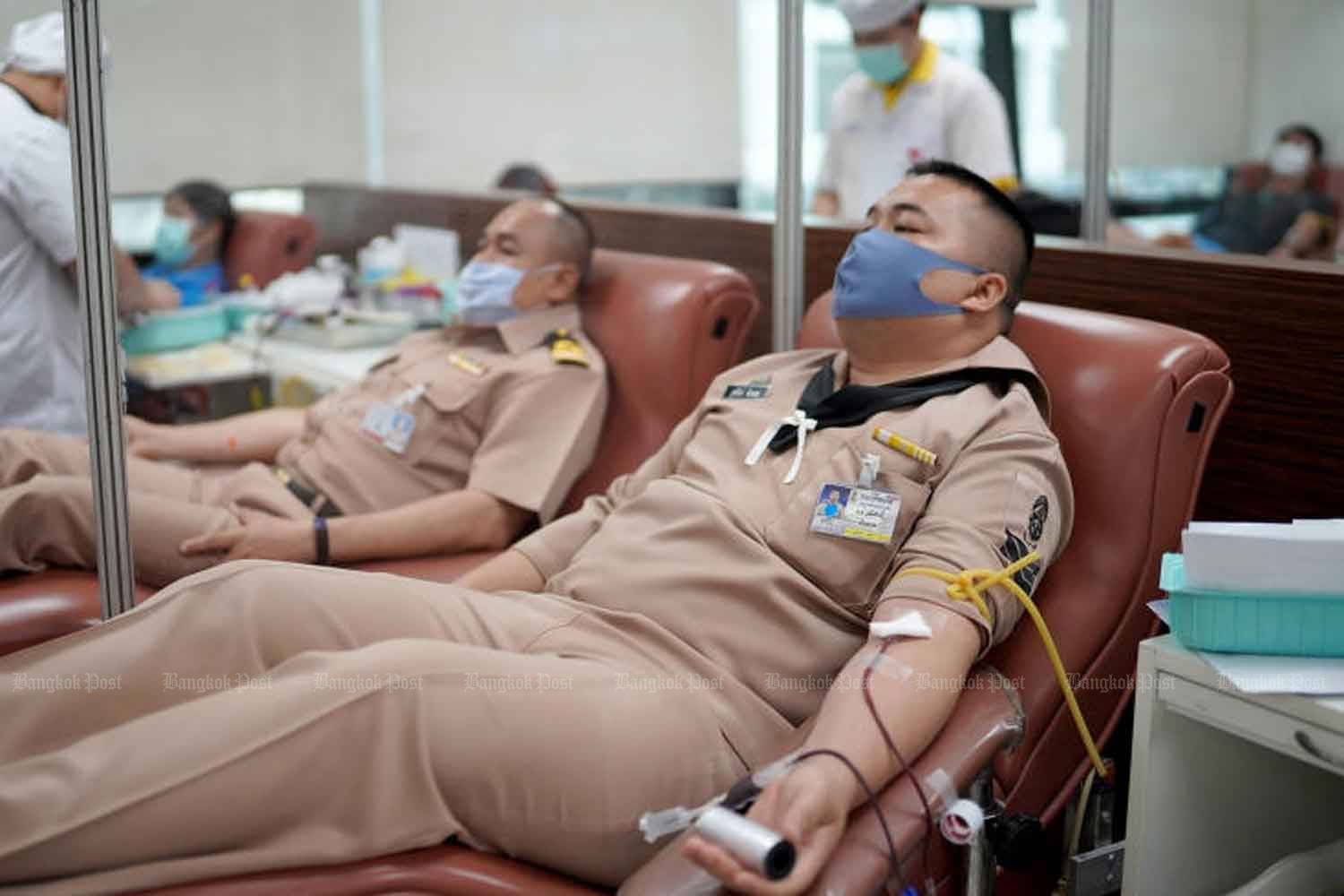 Navy sailors donate blood at the Thai Red Cross Society in Bangkok on Thursday, as the number of local cases of Covid-19 rose by 54 to 2,423. (Photo supplied)

Dr Taweesin Visanuyothin, spokesman for the Centre for Covid-19 Situation Administration, said the Frenchman had no chronic disease. He fell sick on March 27 with a fever, cough, exhaustion and abdominal pain.

The dead Thai man fell sick on March 25 with a fever of 38.5°C and was treated at a hospital in Samut Prakan province. On March 30 he was exhausted, needed a ventilator and became unconscious. He died on Wednesday.

Dr Taweesin said the 54 new cases included 22 people in close contact with previous patients, and 11 of them were in Bangkok.

Other cases involved eight people working in crowded places or closely with foreigners and five quarantined people in Pattani province who had returned from Indonesia.

Others were four visitors to crowded places, four medical personnel, three returnees and two foreign visitors. Six other cases were under investigation.

So far 80 medical officials were infected and formed 3.4% of all local Covid-19 cases.