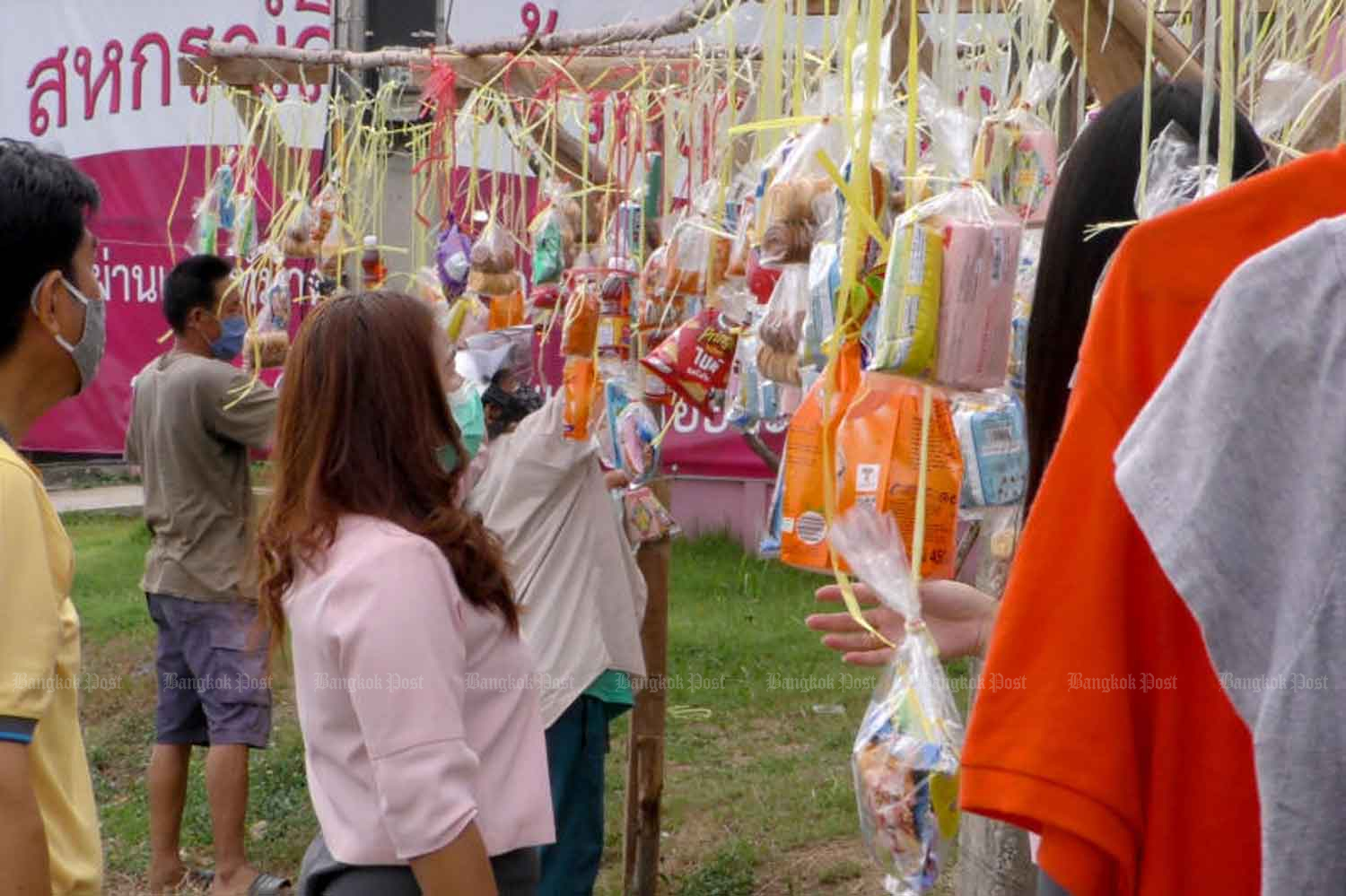 Goods on offer outside a teachers' cooperative in Chai Nat province on Thursday for people hard-hit by the Covid-19 lockdown restrictions. (Photo: Chudate Sihawong)

The government on Thursday reported 11 new cases of Covid-19, all quarantined returnees from overseas and five of them masseurs, raising the total to 3,065.

There were no new deaths.

Taweesilp Visanuyothin, spokesman for the Centre for Covid-19 Situation Administration, said one new case was a Thai woman, 32, who returned from India last Friday. She had no symptoms and was quarantined in Samut Prakan province.

Six other cases were aged 27-52 years and had returned from working in Qatar. Five of them were masseurs and the other a maid. They were quarantined in Bangkok and tested positive on Tuesday. Three of them were asymptomatic and the others had sore throats, no sense of smell or taste, headaches, muscle pain and excessive phlegm.

The four other cases were male construction workers aged 39-51 who had worked in Kuwait.

Of the 3,065 accumulated cases, 2,945 (96%) had recovered with 14 more patients released over the previous 24 hours. Sixty-three patients remained at hospitals. The death toll remained at 57.

Since February, 128 cases, mostly Thais, were detected at quarantine facilities - or 0.47% of all quarantined people, Dr Taweesilp said.