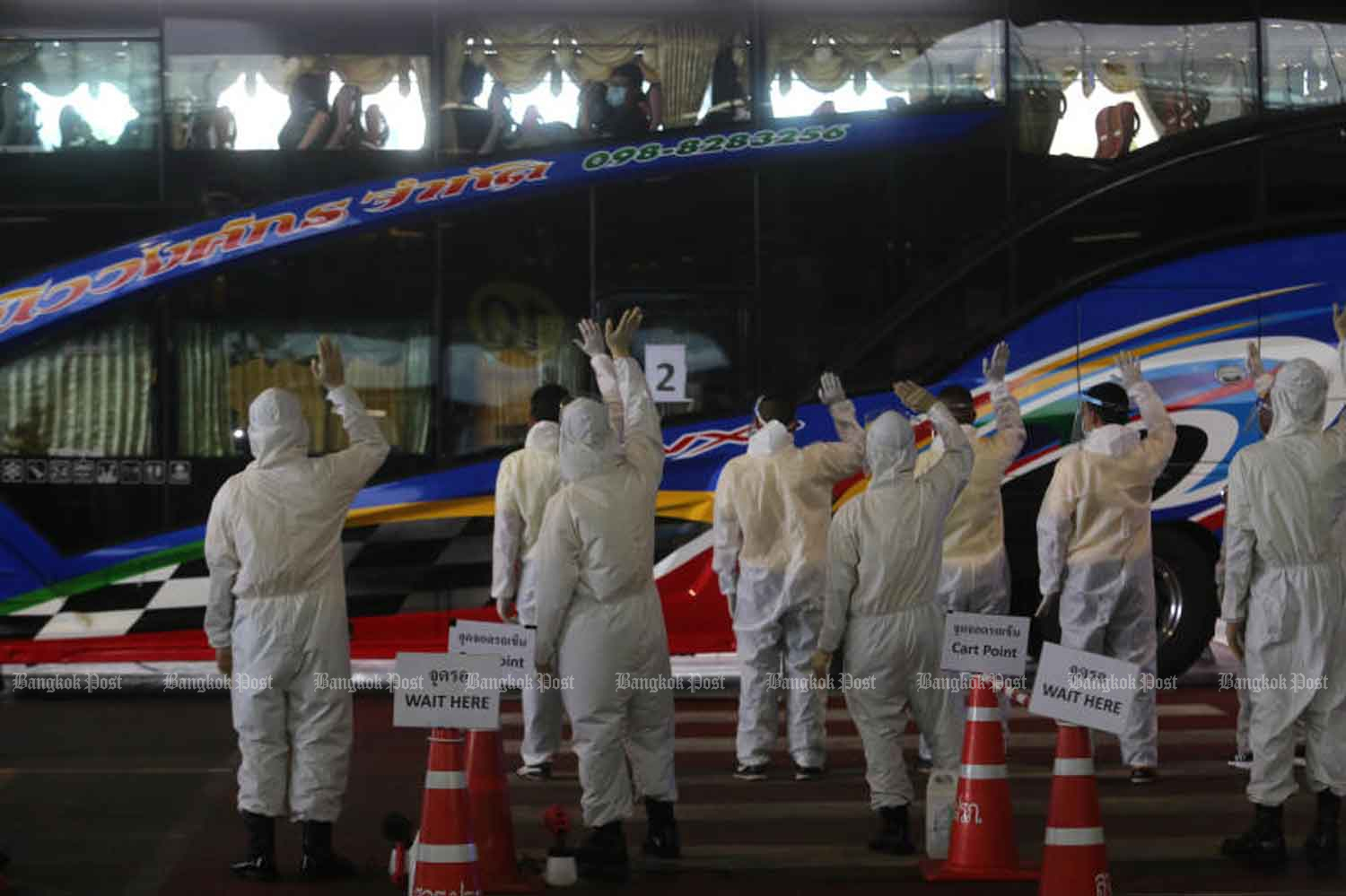 The government on Wednesday reported seven new cases of coronavirus disease, six quarantined returnees from the Middle East and one from the US, raising total to 3,328.

The Centre for Covid-19 Situation Administration said one was a Thai masseuse aged 34 who arrived from the United Arab Emirates on July 29 and was quarantined in Chon Buri province.

Her infection was detected by her first test on Sunday, but she was asymptomatic. She was on the same flight as two previously confirmed cases.

They arrived from Cairo on July 30 on the same flight as a previously confirmed case and were quarantined in Chon Buri. They tested positive in their first test on Monday without any symptoms, and were admitted at a hospital in Chon Buri.

The other new case is an American woman, a teacher aged 26, who arrived on July 31 and was sent to an alternative state quarantine facility in Bangkok. She tested positive on Monday, while showing no symptoms, and was admitted at a hospital in Bangkok.