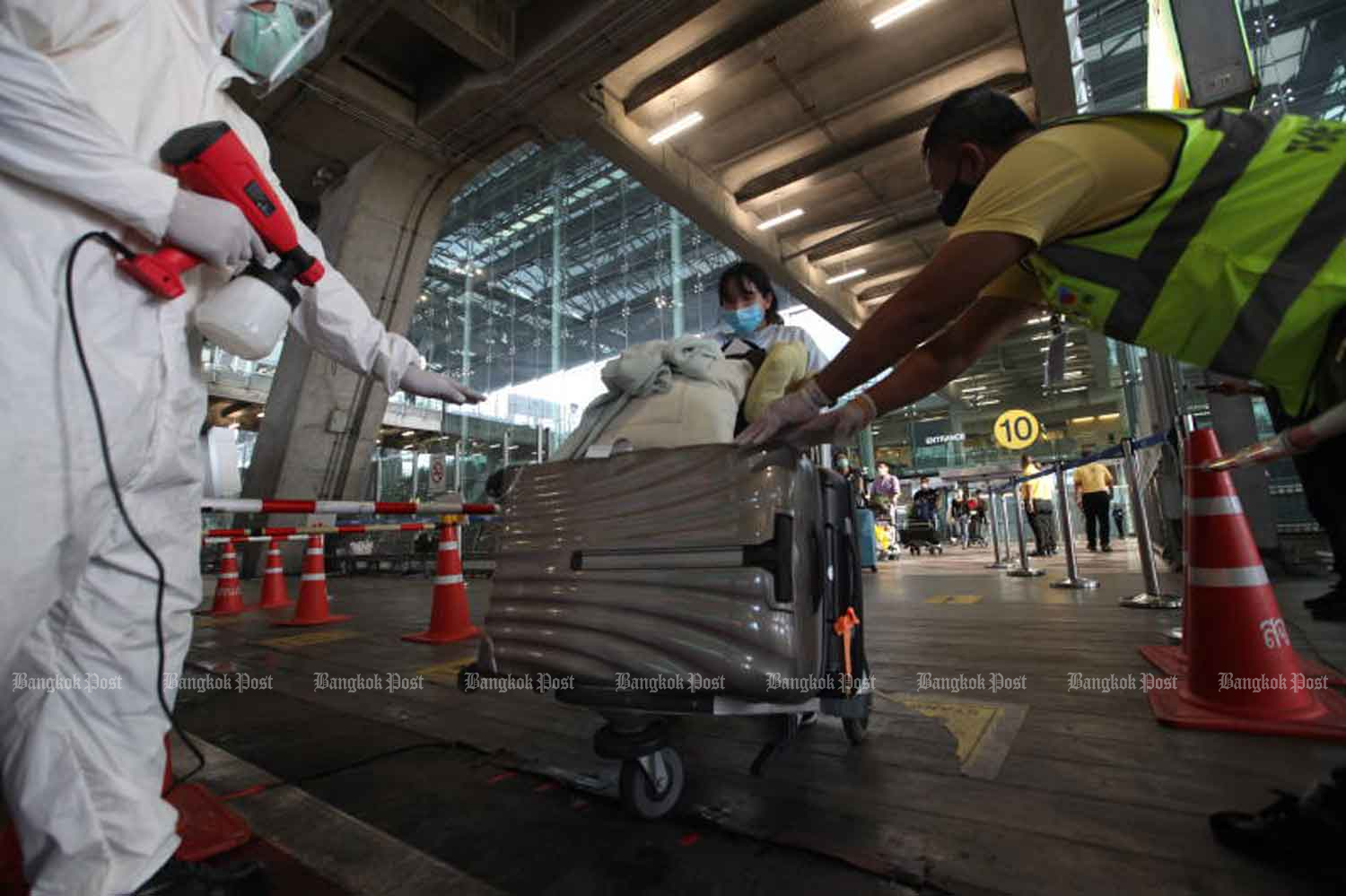 The government on Thursday reported two new cases of Covid, returnees from the United States, as the total rose to 3,330.

The Centre for Covid-19 Situation Administration said the two new patients were a man aged 42 and a woman, 62, both Thai nationals.

They arrived on July 31 on the same flight as a previously confirmed case, and were quarantined in Chon Buri province.

They tested positive for Covid-19 on Tuesday, but were asymptomatic.

So far, 4,739 people have returned from the US and 9.41% of them have tested positive for the disease.

Of the total 3,330 cases, 3,148 have recovered, including four discharged over the past 24 hours, and 124 patients remain at hospitals. The death toll is unchanged at 58 since June 2.

Thailand ranked 112th by the number of confirmed cases, the CCSA reported.