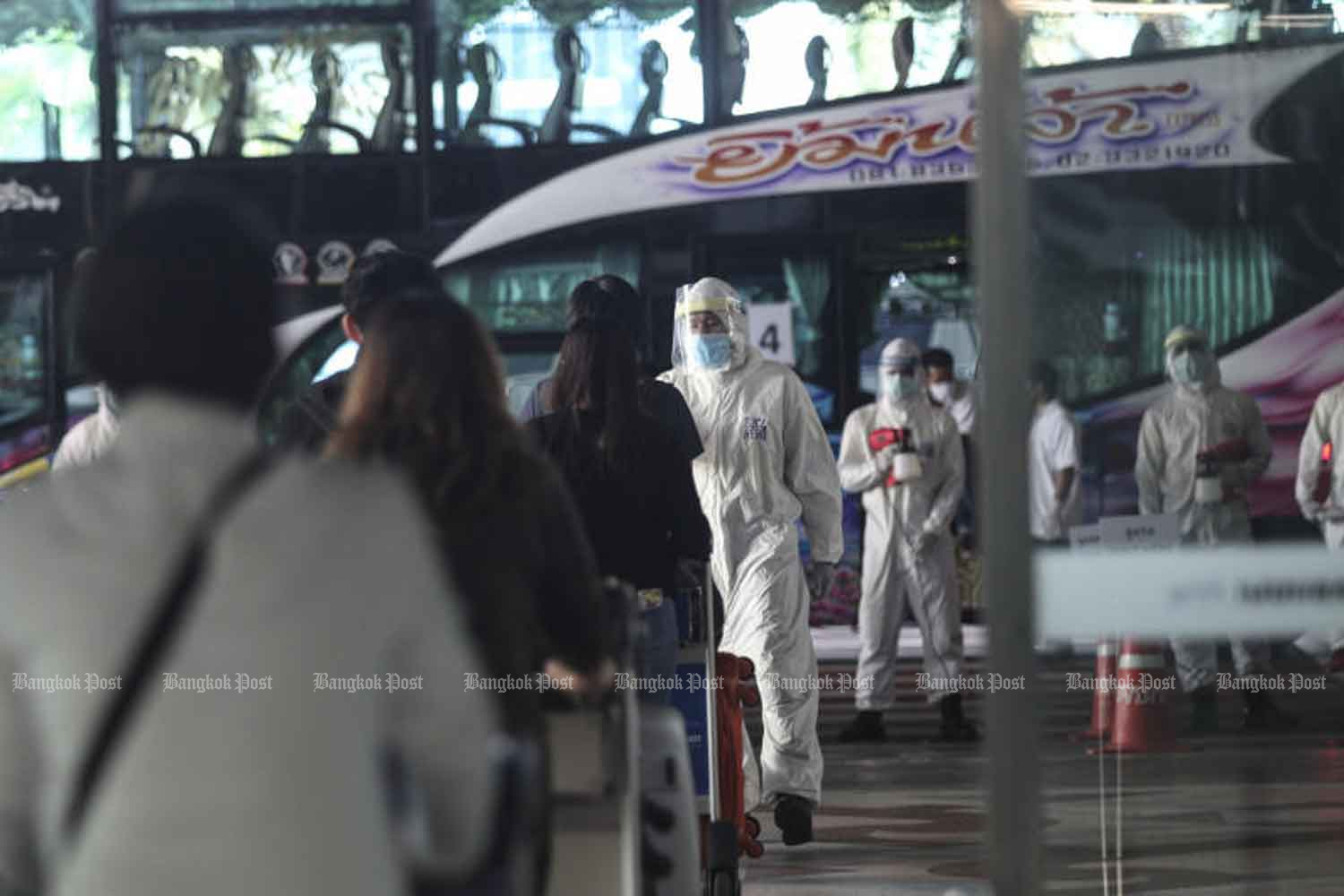 The government on Friday reported 15 new cases of Covid-19 infection, 14 quarantined returnees from the Middle East and one from Japan.

Taweesilp Visanuyothin, spokesman of the Centre for Covid-19 Situation Administration, said four cases were from Egypt. They were Thai men aged 22, 23, 26, and 28 who arrived on July 24 on the same flight as five previously confirmed cases.

They were quarantined in Chon Buri province and tested positive on the 12th day after their arrival.

Ten new cases came from Saudi Arabia. Nine of them were Thai male students aged 24-28. The other was a Thai man aged 43 who worked at a factory.

All 15 new cases were asymptomatic.

Covid infection rates among returnees were 10% of those from Saudi Arabia, 12% from Egypt and 1.5% from Japan.