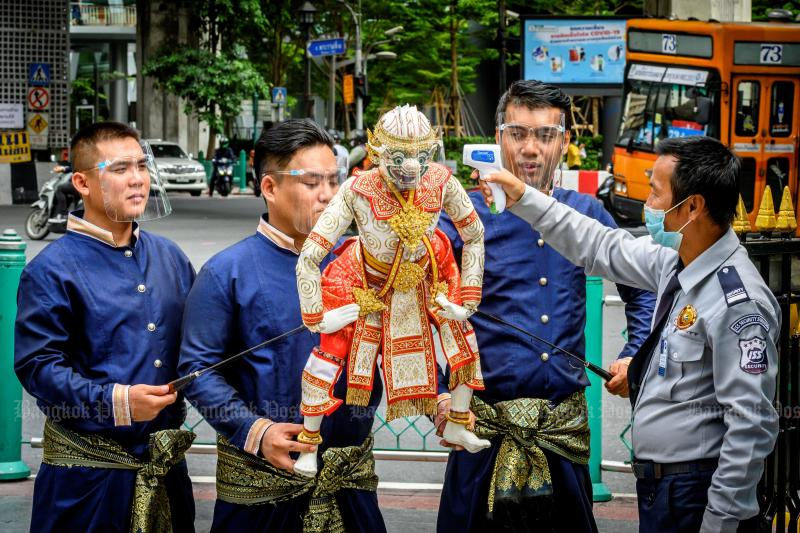 FILE PHOTO: A security guard pretends to take the temperature of a traditional Thai Hanuman puppet with a face shield held by its puppeteers at the Erawan Shrine in Bangkok on July 13, 2020. (AFP)

For the second consecutive day, Thailand on Tuesday reported no new coronavirus cases, domestic or imported. The total number of cases remains 3,351.

No new deaths were reported, leaving the death toll at 58. One hundred and thirty patients were being treated at hospitals.

The Centre for Covid-19 Situation Administration said 367 people were due to arrive in the country from the United States via Taiwan and Hong Kong, and from Germany. On Wednesday 123 people would arrive from South Korea. All would be tested and quarantined on arrival.