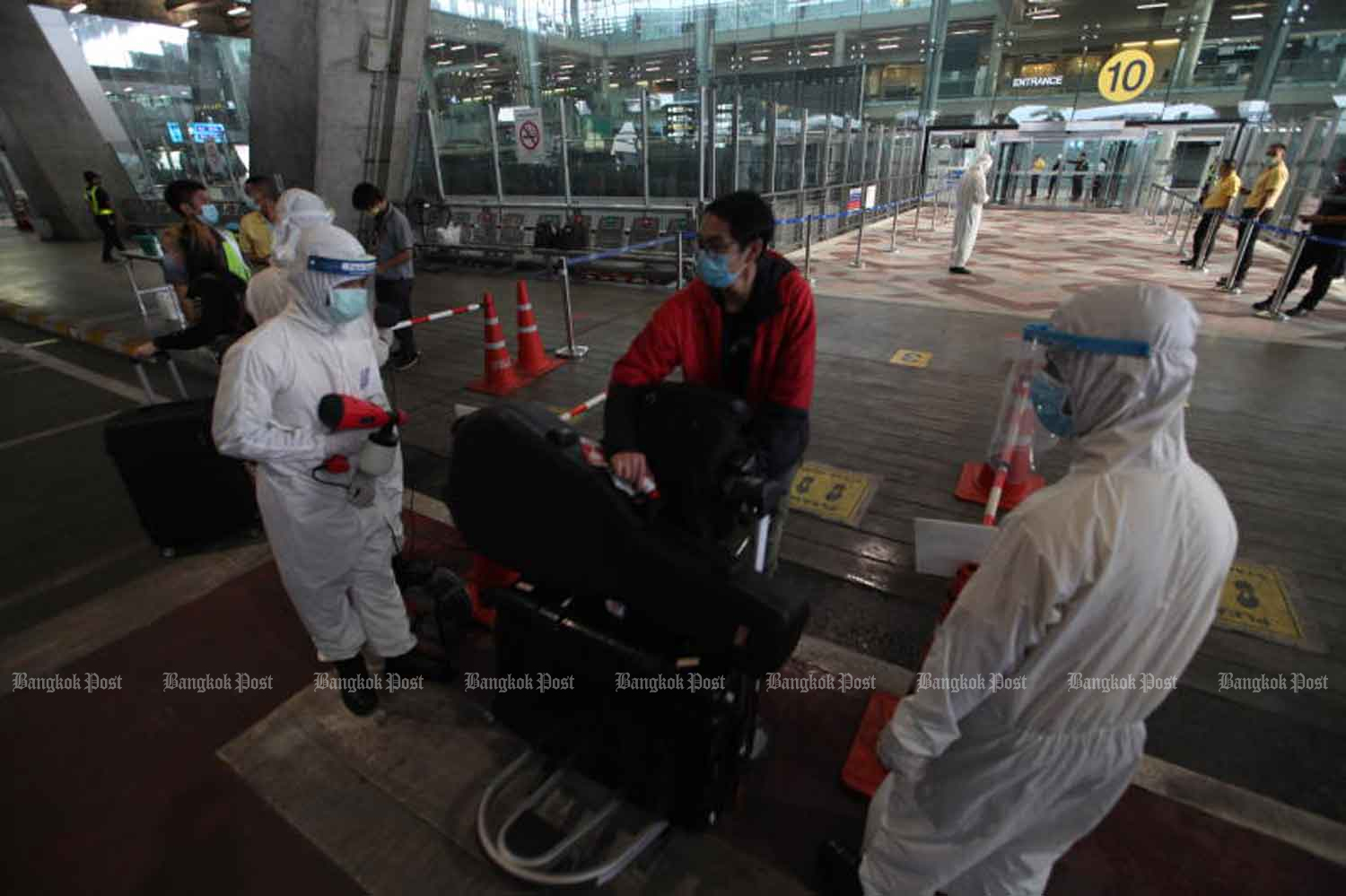 The government on Thursday reported three new cases of coronavirus disease, quarantined returnees from Singapore and India, raising the total to 3,359.

The Centre for Covid-19 Situation Administration reported that the returnee from Singapore was a construction worker aged 53. He arrived on Friday and was quarantined in Chon Buri province. He tested positive on Tuesday but was asymptomatic.

The two other new cases from India are masseuses aged 30. They arrived on Saturday and were quarantined in Bangkok. They tested positive on Tuesday.

One of them had a runny nose and loss of the sense of smell. The other had a cough and muscle pains.