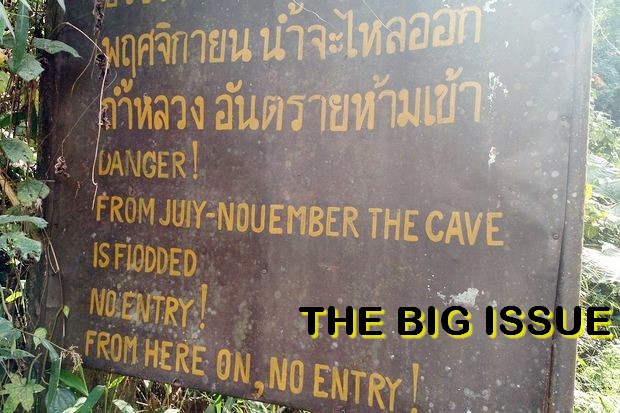 CAVING IN: A Royal Forestry Department sign indicates the cave was officially opened when the missing boys entered - and there was no attendant, sign or barricade to stop them. (Photo via Google Maps)

The general prime minister said last week that he really doesn't even want to talk about an election before September. Also, there won't be an election until he's able to announce the success of his programme of national reconciliation.

All eyes focused on a cave complex in Mae Sai district of Chiang Rai province -- as far north as one can go and still be in Thailand. Inside, a tight band of 12 local teenage and pre-teen under-16 football players and their coach were completely out of touch, cut off by early floods in the caverns that prevents their exit and hinders rescue.

Please log in here to fully view this exclusive content. If you aren't a member yet, simply sign up here. It's totally free & takes only a minute.