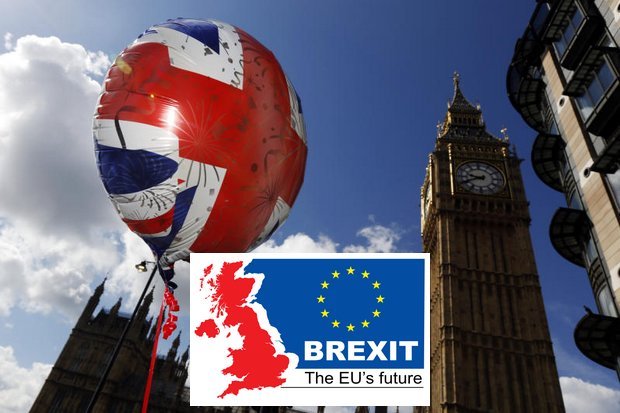 In the "careful what you wish for" stakes, few issues rank higher than the plan for a second referendum by those in the UK hoping for a reversal of the country's June 2016 vote to leave the European Union (the "Remainers"). If secured, the outcome could be a fast track to a phenomenon the UK has so far avoided -- the creation of a large, angry populist party, probably of the right and perhaps also of the left.

That would be very bad news for the UK, for its politics, for Europe, and for the cause of democracy generally. It would be seen, with some justice, as "they" crushing the democratic vote of "we the people".

The second referendum plan is justified by arguing that the British people deserve to have a choice between the government's Brexit proposal, agreed by Theresa May's cabinet and to be voted on by parliament on Dec 11, and that of scrapping Brexit altogether. The electorate, the Remainers argue, will make an informed choice rather than a mere expression of frustration with the EU, as in 2016.

But of course, the organisers hope for a reversal of Brexit. They believe the electorate is frightened by the prospect of slower growth, or even an economic shock from crashing out without a plan -- both warnings put out last week by Bank of England Governor Mark Carney, supported by an official government analysis.

No country is an island, not even one that is, like Britain. The surge of often violent militancy in France, left and right united against the centrist and once popular President Emmanuel Macron and his Republique en Marche party, is the most vivid and frightening example of the confrontation between "us" and "them". But the disaffection is deep and wide in the rest of Europe, and -- as Yves Leterme, former prime minister of Belgium warned in June, the populists are united by "their refusal to play by the rules of conventional politics".

In France, what began as a more or less conventional protest against a fuel price rise has now transformed itself into something like a revolution. The promise by the French Prime Minister Edouard Philippe on Tuesday to suspend the fuel tax increases for six months was followed by more rioting. On Wednesday evening, the government surrendered completely, taking the rises out of the 2019 budget, with no threat of their renewal. This weekend will see how well that works.

This, from an administration which had appeared the most resolute in Europe, with a president who only two weeks ago made a virtue of not following his predecessors in his office in backing down in face of protests, is a terrible warning to European governments -- and perhaps more widely in the democratic world. France seems to demonstrate that the democratic choice of an administration one year is vulnerable to a wave of militant anger the next. If that confirms itself as a trend, the knell for democracy surely tolls.

How likely is such a trend? There's no steady political weathervane pointing in only one direction. In Germany, where the fears of a far-right surge are most impregnated with 20th century horrors, the Alternative for Germany hit a high of 17% in a late summer poll, only to fall away to 12% in regional elections in Bavaria and Hesse, where the leftist Green Party surged.

Italy's national populist coalition government remains popular, and the deputy Prime Minister Matteo Salvini, Italy's most prominent politician and an outspoken opponent of immigration, proposes liberalising gun ownership laws, courting fears of the rise of a gun lobby as powerful as that in the United States. Italy's government is locked in a struggle with the EU over a budget, agreed between Brussels and the previous centre-left administration, which the populist coalition refuses to observe. Neither side can afford to back down, but compromises may save temporary face.

In Spain, seen as immune to right-wing populism, a new force grows. Vox, a far-right party came from nowhere to win 12 seats in the regional parliament of Andalusia this month, and may enter government there with a manifesto that was much more about national issues such as control of immigration, more power to a centralised national government and more. That Andalusia voters should respond with enthusiasm to a party which wants power to flow back from the regions to the centre shows a large disaffection with Spain's system of devolved rule -- a system which has produced a continuing standoff between separatists in Catalonia and the government in Madrid. The quarrel, says the Catalan commentator Juan Jose Lopez Burniol, "has a massive ability to destabilise the whole of Spain".

Mr Burniol's comment applies to all of Europe. The national populists have not won -- though they pin large hopes on a much-increased vote in the European elections in May 2019 -- but they are extremely destabilising. Sweden is struggling to form a government because the far-right Swedish Democrats hold the balance of power, and no mainstream party will coalesce with them. In Austria, the radical right party, FPO, is the junior partner in a right-wing coalition which stresses restrictions on immigration -- and outrages liberals by attacks on the state broadcaster, alleged efforts to suppress investigations into racist behaviour by far-right supporters and the government's cancelling of a law against smoking in restaurants. No country can avoid a reckoning with a large group of citizens who hate what mainstream parties have done.

As in the United States, the opposition of the populists, in and out of government, to liberal policies of every kind generates strong, consistent support. That support is fueled by a feeling that the liberals and centrists have monopolised power for decades -- and have failed the people. As Mark Lilla writes, "ideas are being developed [on the European right], and transnational networks for disseminating them are being established". Populism is more than thuggery.

British liberals may hope the House of Commons' likely failure to pass the government's Brexit proposals will secure a second referendum to reverse the vote to leave. But it would generate class war. The tinder is dry, waiting for a lighted match. - Reuters