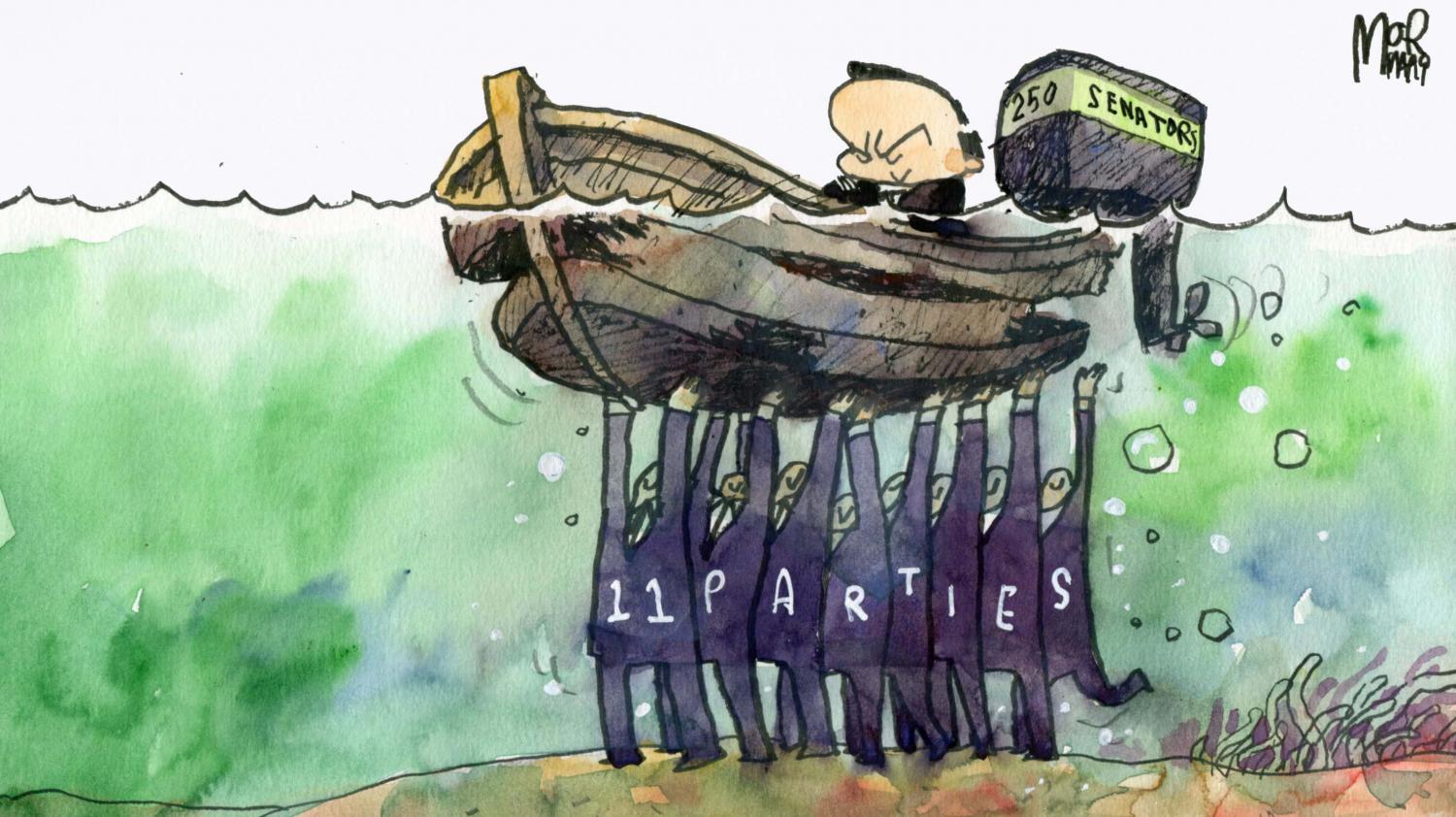 If power is as addictive as a drug, the military regime must have been overdosed with its latest appointment of its trusted friends and family members who will run the Senate for the next five years and have a say in the selection of at least two prime ministers.

The official list of 250 appointed senators, which was published in the Royal Gazette yesterday, reflects the National Council for Peace and Order's (NCPO) strong desire to cling on to power as long as possible as the country makes the transition towards civilian rule following the March 24 general election.

It also shows how hard it is for the NCPO leader and incumbent Prime Minister Prayut Chan-o-cha to let go of his addiction to power consolidation and his authoritative style of ruling.

More than 100 men from the armed forces and the police have been handpicked by Gen Prayut to sit in the Upper House along with 15 former members of his cabinet, some NCPO members, his brother and siblings of his deputies. A high number of them served in the NCPO-appointed National Legislative Assembly (NLA), the now-defunct National Reform Council and the National Reform Steering Assembly. Others are supporters of the regime.

The regime-sponsored 2017 constitution has turned the Senate into a chamber of appointed members. This is a step backwards for the country's democracy. The previous 2007 charter required that half of all senators be appointed and the other half be elected. The most democratic form of the Senate was introduced by the now-dissolved 1997 constitution which stipulated that all senators must be directly elected.

The current charter also gives the senators unprecedented power to join the Lower House in voting for a prime minister. Given the maximum four-year term of a premier, this group of senators can exercise this power at least twice. This condition makes them powerful players in the formation of a government.

Before the selection of the senators, the NCPO had already embedded its influence in many other independent organisations through the appointment of their leaders. These organisations, including the National Anti-Corruption Commission, are supposed to act as checks-and-balances mechanisms to the executive branch. But they have done little to keep the military government in check.

Gen Prayut himself has secured support from an alliance of political parties which is trying to form a government and to nominate him as a prime ministerial candidate. The appointment of his proxies as senators is an obvious effort to help his political camp seal the deal during the prime ministerial selection.

If this pro-regime political camp is successful in its quest to form the government, it is more likely that the Senate will act as a mere rubber stamp for the new Prayut administration, similar to how the NLA has served the military government over the past five years.

In the past, critics including supporters of the regime, questioned the political impartiality of the fully elected Senate by pointing out that relatives and family members of many senators also served as MPs in the Lower House. But we should not be blinded by such political rhetoric. As long as senators are directly elected, they are still accountable to the electorate.

On the contrary, the regime's appointment of its proxies to serve in the Senate sends an emphatic message to the Upper House on who the senators will be accountable to.