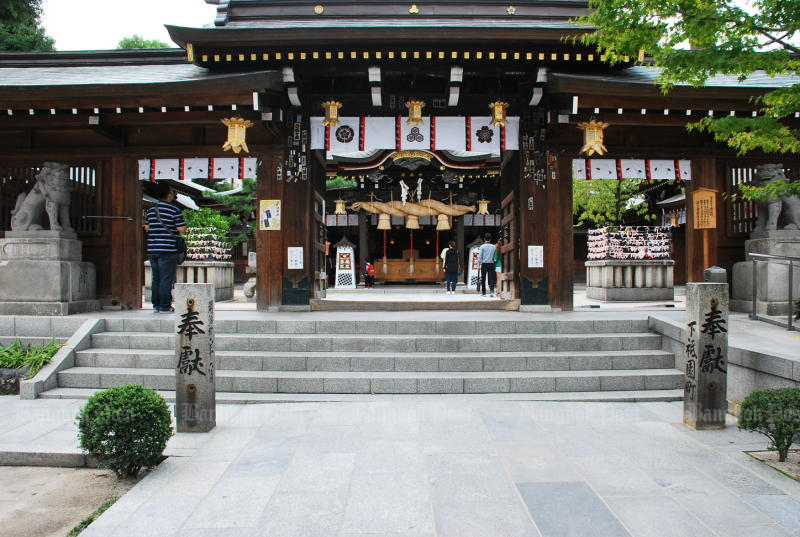 One of Fukuoka’s oldest shrines, Kushida Shrine, is regarded as the guardian shrine of the city. (Photo by Arusa Pisuthipan)

Thai AirAsia X has launched a new route operating four times a week from Bangkok to Fukuoka to open up a new tourism region in Japan for Thai travellers.

"Yet AirAsia X has built credibility in operations," he said. "We plan to expand in the near future to Chinese destinations, as neighbouring countries are already our strength."

Japan is a strategic market for AirAsia X because the carrier has been flying there for close to five years, beginning with Tokyo and Osaka, Mr Nadda said.

"We added Sapporo and Nagoya last year, and Fukuoka is our fifth route to Japan," he said. "All destinations have been performing really well so far. Even with flights across all regions of the country, we continue to seek out new routes for Thais and attract more Japanese visitors."

He said that since 2013, when Japan waived tourist visas for Thai travellers, visitors from Thailand have skyrocketed, providing opportunities for network expansion.

Mr Nadda said that whoever forms the next government should make tourism promotion a top priority.

"Fukuoka prefecture has high potential as a destination," he said. "It's the largest city on Kyushu island in southern Japan and a hub of culture, cuisine and natural tourism, characteristics that many urban Thais look for in their travels abroad."

"We're hopeful that Fukuoka will further bolster tourism and the economies of both Thailand and Japan," Mr Nadda said.

A complementary phenomenon is the increase in tourists from Japan.

"In Japan, AirAsia X is increasingly recognised as reliable among Japanese travellers, as affirmed by the 63% year-on-year growth in Japanese passengers in 2018," Mr Nadda said.