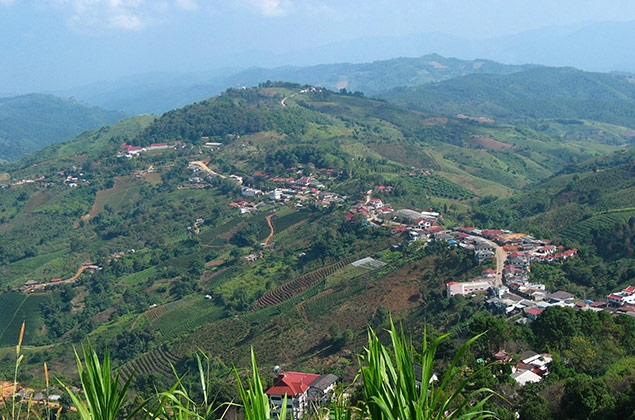 Doi Mae Salong is a main attraction in the province of Chiang Rai. The mountain became home to a Chinese military division that settled here in 1961. The mountain is also home to numerous hill tribe settlements. Near the peak of the mountain visitors will find several tea plantations as well as tea houses. The mountain is particularly busy from November through February, when temperatures drop below 20 degrees and tourists from the rest of Thailand flock here for a touch of cold weather.

What is a Chinatown like without big neon signs and the constant cacophony of traffic and heavy crowds? The answer to that question lies in the village of Santi Khiri, a Chinese community whose name translates as "Mountain of Peace".

Perched on the ridge of Doi Mae Salong, Chiang Rai, Ban Santi Khiri is one of the largest of the Chinese settlements scattered across northern Chiang Rai, Chiang Mai and Mae Hong Son.

Unlike the Chinatown in Bangkok or in other big cities around the world, which were established by traders and workers, this one in Chiang Rai was founded decades ago by the displaced Koumintang's 93rd Division which fled Yunnan in southwestern China after Mao Zedong's People's Liberation Army took control of the country in 1949.

Battling communists, these troops retreated southwards and for many years struggled in the rugged mountain terrains of northern Burma and Laos until the KMT government was pressured by the international community to evacuate soldiers of the "Lost Army" to Taiwan in 1954 and again in 1961.

However, thousands of soldiers under the commands of Gen Tuan Shi-wen and Gen Lee Wen-huan decided to relocate to the Thai side of the border instead and continue their fight from there. In time they lost financial support from their government. To survive, some of them resorted to illegal means including drug trade.

In 1969, after an agreement with Taiwan, the KMT remnants were allowed to settle down in Thailand, and they returned this favour by fighting alongside the Thai army battling communist insurgency during the '70s and early '80s.

In 1978 they were made bona fide residents of Thailand and many were granted citizenship. Their community in Doi Mae Salong was bestowed the name Santi Khiri.

With support from the Thai government and organisations in Taiwan, they began cultivating tea, peach and other temperate-climate fruits, the economic mainstay of Ban Santi Khiri residents today. Living conditions and education improved over time and their descendants these days are fluent in Thai as well as Chinese.

With such fascinating history and culture, no wonder tourists are attracted to this Chinatown in the mountains. The past two decades, Ban Santi Khiri has been one of Chiang Rai's prime attractions. On weekends and public holidays during the cool season, which is peak tourist time in the North, tea shops and restaurants here are usually packed with visitors arriving in vanloads.

But a 300-metre crack in the main road winding through the community, the result of a week-long downpour late in September, somewhat dented the mood this year and many travel agents had reportedly cancelled tours to this highland Chinatown.

But concerned agencies have been working hard to repair the damage and map out plans to prevent land subsidence in next year's rainy season. And now that we are into dry months perhaps we can lay to rest any lingering doubts about landslides or further road damage.

With less crowd, this is probably the best high season in many years to visit the "Mountain of Peace." 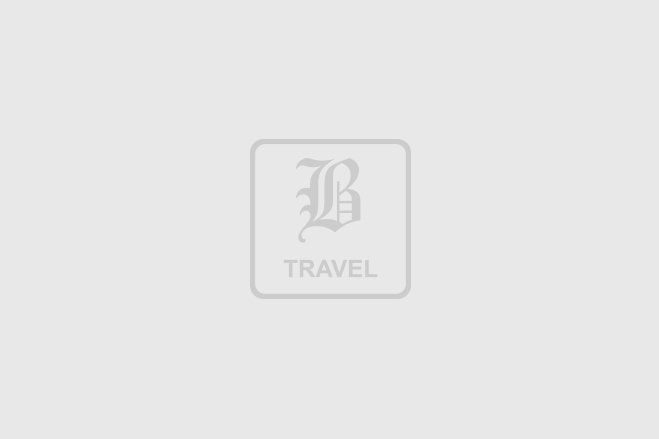